An accomplished producer and songwriter (Toni Braxton, Cheryl Cole (X-factor, UK), Marcus Canty (X-Factor US/Epic Records) Ron Isley, etc.) with singles currently on Billboard\'s Top R&B/Hip-Hop charts (\"Leggo\" by Motown Recording artist B. Smyth) recording artist and new kid on the block Chris Jackson has already laid the foundation for what many believe will be one of the most unprecedented careers in Gospel Music today! Born and raised in White Plains, New York, Jackson grew up in a strict Jamaican household where the importance of hard work and the pursuit of an education were instilled in him at a young age. While he worked hard in school, his thoughts often turned to writing songs that would touch the world. Composing and performing his first song at the age of 7, it was clear to family and friends that he was destined for musical success. Chris Jackson has had the pleasure of writing for and working with some of today’s biggest artists. With several confirmed placements under his belt and a wealth of industry knowledge and experience, Jackson now feels it’s time to step out into the world as a performer in the world of Gospel music. Now he is ready to move forward with releasing a series of mixtapes before his debut album, beginning with Part 1 of the series, \"NO PRESSURE\", which was released April 23, 2013. \"No Pressure\" features the singles \"Lay It On Me\" and \"Incredible\". ...more 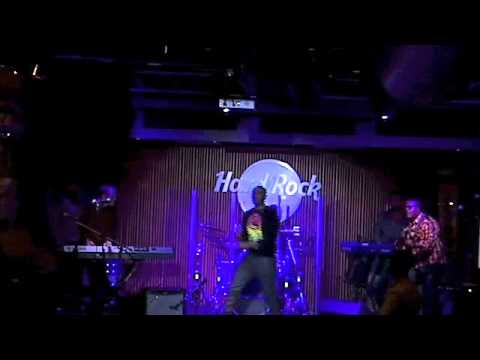